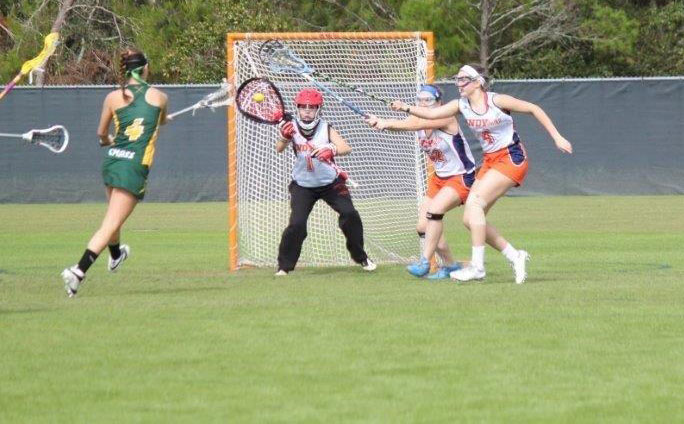 1) What is unique about Central Mass Club Lacrosse, compared to other club lacrosse organizations?

2) What would the commitment be if I make one of the CMass teams?

There are no geographic restrictions. Tryouts are held in mid-late August.

4) How are CMass teams organized?

Teams are ideally organized according to High School Year of Graduation (YOG). This is especially important at the high school level, where college coaches greatly prefer to evaluate players with the same YOG.

5) What does the Team Fee include?

The fee does not include the cost of a uniform for new players.

All CMass players must have a current US Lacrosse membership.

6) Will there be additional fees?

Additional fees shall include:

7) What if I am unable to attend a mandatory tournament?

8) Do you offer a family discount?

Yes, we offer a discount for each additional player in our Program from the same family.

"Hi! My name is Brigid Bowser and I am a CMass alum. I am a rising junior midfielder at Tufts University. I have started at center midfield for the Jumbos since my freshman year. I played from 6th grade until I graduated high school, and I am extremely grateful for the opportunities and experiences that CMASS has provided me. Skill-wise, CMASS put me at a level above, having only played high school lacrosse. My knowledge of the game increased exponentially. CMASS taught me how to perfect basic skills such as shot placement, as well as advanced skills like field vision. The coaches are extremely knowledgeable and even more caring. They provide individual attention which is exactly what I needed to become a great player. The size of the club is what drew me to CMASS; I knew all my teammates and all the coaches involved in the program and felt comfortable seeking advice from all of them. Most importantly, CMASS introduced me to teammates that are best friends to this day! It is great to play on another team with girls from different towns with different playing styles. Former CMASS teammates are now my opponents in NESCAC games, which is always fun. Overall, CMASS gave me the skills and knowledge to raise my game with amazing coaches and unforgettable teammates."