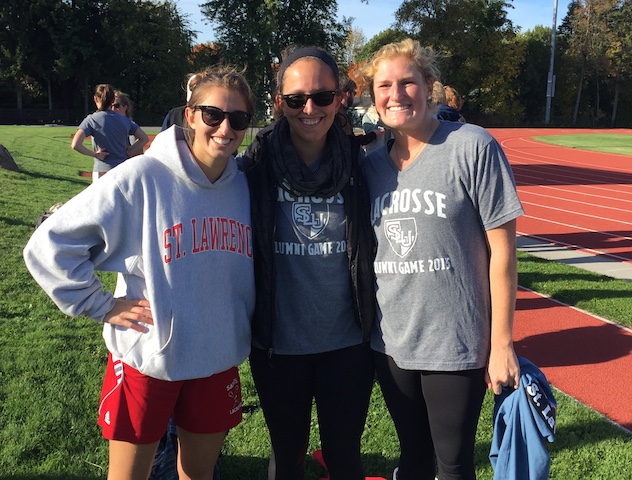 You are here: Home / Who We Are

He earned his Double Goal Coach Certification in 2012; Karl has also coach at the youth level for 4 years in Grafton MA and Lower Bucks County PA.

He played Division 3 College Lacrosse Goalie for Norwich University in Vermont and earned his MBA in Finance from Rider University in Lawrenceville NJ.

Rausch came to Nichols after spending last year as both the head coach at Kent Denver School as well as the National Girls Director at 3D Lacrosse, both located in Colorado. Rausch coached five all-conference students and one All-America at Kent while handling scheduling, transportation, administrative work, and strength & conditioning programs for the students. At 3D Lacrosse, she developed national level camps, clinics and tournaments, as worked alongside the Director of Methodology in the creation of practice plans and long-term goals for the girls program. She was named the 3D Lacrosse Coach of the Year in 2016. Rausch is a member of the US Lacrosse Women’s Game Committee, a Coaching Subcommittee Chair, and a Certified Level 1 Coach.

A 2000 graduate of Elmira College in New York, Rausch was a three-year captain, two-time Empire 8 All-Conference selection, and Offensive Player of the Year honors during her time with the Soaring Eagles women’s lacrosse program. Melissa and her family reside in Sterling MA.

Melissa Rausch Executive Director of Lacrosse Operations, “We are taking CMass Lacrosse to a higher level, having someone of Kaillie’s caliber join the CMass Team will be great step forward for the club. We have worked together in the past and we are on the same page with our thought process and methodology. We both love the game of lacrosse and coaching is our passion.”

Kaillie played her NCAA career out at Hamilton College, where she was a 2x All-American, and 4x All-Region Selection. She was named to the Tewaaraton Watch List in 2009, won a National Championship in 2008, and is the Hamilton College All-Time Record Holder in Career Goals, Assists, and Total Points. She was also a member of the Canadian National Team Squad.

Kaillie is the Head Girl’s Lacrosse coach at Lincoln-Sudbury High School.
Kaillie is also the Director of Lacrosse at Bosse Sports in Sudbury, MA, where she teaches private and group lacrosse lessons.

Kaillie has coached at all levels of the game from youth to College, and has a Master’s Degree in Exercise and Sports Science from Smith College. This past summer, Kaillie officiated in her second World Championship in England. She is also a college and high school official. 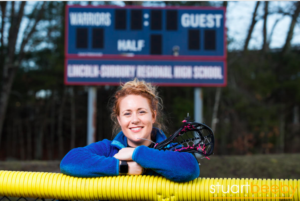 This is Vanessa’s fifth year coaching with CMass. Vanessa is a graduate of UMASS/Amherst, where she majored in Sports Management. She captained the UMASS Women’s Club Lacrosse Team.

She has previously coached for IAS Sports and NESLL and Northampton Youth Lacrosse.

Vanessa is the Head Coach of the Girls Varsity Team at Algonquin High School and also a US Lacrosse Certified Official.

Tasha is entering her fourth year of coaching at CMASS.

Tasha graduated from St. Lawrence University (with Tory and Margie) in 2014, and majored in Spanish and Sociology. She was a starting defender since her sophomore year, and her senior year she was tri-captain. During her collegiate career she earned All-Conference honors three years in a row.

Bergin Sullivan was a CMASS player for five years and played on Grafton High School’s Varsity Women’s Lacrosse team for four years. She now attends the University of Hartford where she has started and developed a women’s lacrosse club team.

This is Tory’s fourth year coaching with CMass. Tory played for Connecticut Lacrosse Futures (CTLF) while growing up.  Tory is a graduate of St. Lawrence University, where she majored in Sociology and minored in Education. She was a starting Defender on the St. Lawrence Women’s Lacrosse Team.

In 2015 Tory was a City Year Corps Member in Boston Public Schools and also an assistant Field Hockey coach at Dana Hall School. She is now a teacher at a Charter School in Dorchester.

"As a former high school and college player, a girls youth lacrosse coach and now a parent of a CMASS player, I’m truly impressed with the CMASS program. The quality of the coaching is outstanding. The commitment to developing the skills of each individual player is clearly demonstrated. The importance of ‘team’ to playing competitively is at the foundation. And the program is incredibly well run. All of this is contributing to our daughter’s development as a player, her passion for lacrosse, many new friendships and skills that will help her win both on and off the field."